It could be a situation when you want to extract the clear text password from the wireless Connections without elevation or GUI. 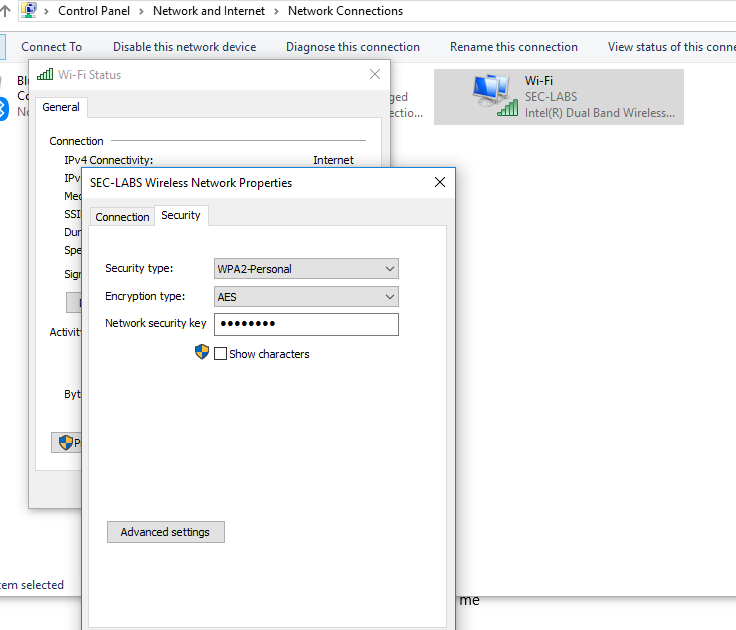 I wrote this script a while ago and it’s kind of usable sometimes. 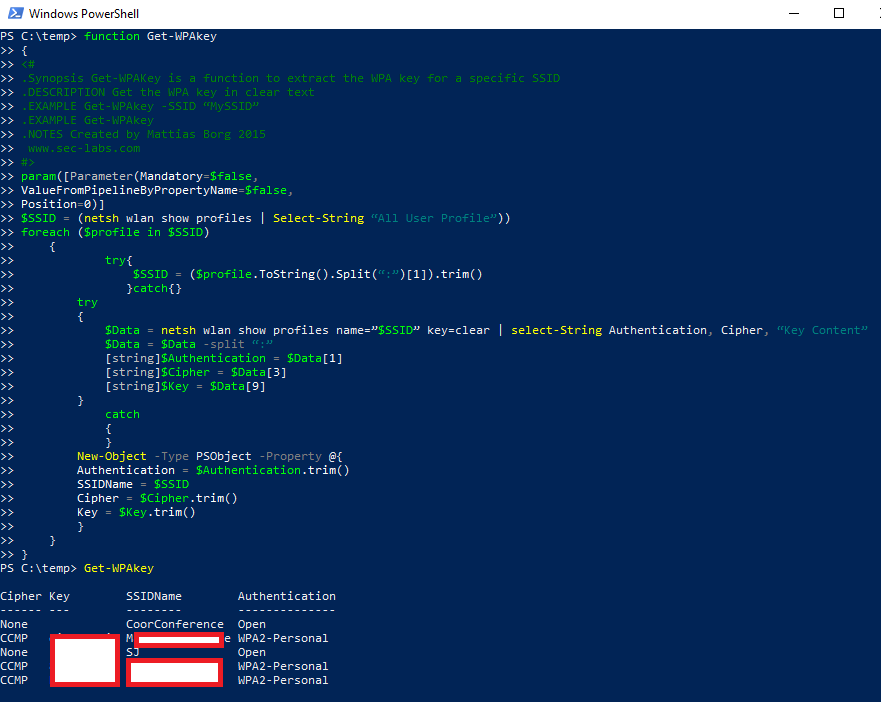 The script is located here:
https://github.com/stefanschorling/SEC-LABS/blob/master/Get-WPAKeys.ps1

A security researcher Mathy Van Hoef will disclose a vulnerability in WPA2 within a few hours.

The vulnerability leaves Wi-Fi traffic open to eavesdropping and it will be possible to inject malicious content and much more.

Our main attack is against the 4-way handshake of the WPA2 protocol. This handshake is executed when a client wants to join a protected Wi-Fi network, and is used to confirm that both the client and access point possess the correct credentials (e.g. the pre-shared password of the network). At the same time, the 4-way handshake also negotiates a fresh encryption key that will be used to encrypt all subsequent traffic. Currently, all modern protected Wi-Fi networks use the 4-way handshake. This implies all these networks are affected by (some variant of) our attack. For instance, the attack works against personal and enterprise Wi-Fi networks, against the older WPA and the latest WPA2 standard, and even against networks that only use AES. All our attacks against WPA2 use a novel technique called a key reinstallation attack (KRACK):

This website uses cookies to improve your experience while you navigate through the website. Out of these, the cookies that are categorized as necessary are stored on your browser as they are essential for the working of basic functionalities of the website. We also use third-party cookies that help us analyze and understand how you use this website. These cookies will be stored in your browser only with your consent. You also have the option to opt-out of these cookies. But opting out of some of these cookies may affect your browsing experience.
Necessary Always Enabled
Necessary cookies are absolutely essential for the website to function properly. This category only includes cookies that ensures basic functionalities and security features of the website. These cookies do not store any personal information.
Non-necessary
Any cookies that may not be particularly necessary for the website to function and is used specifically to collect user personal data via analytics, ads, other embedded contents are termed as non-necessary cookies. It is mandatory to procure user consent prior to running these cookies on your website.
SAVE & ACCEPT